We are very fortunate to have a massive amount of coaching experience in our team. Our coaches are all accredited and committed to helping our swimmers achieve their goals.

Renee was appointed our Head Coach commencing in the 2019/20 season. Renee is a member of the Australian Institute of Personal Trainers, and her studies not only have covered fitness, group fitness and coaching but also nutrition. Renee has also had experience in coaching athletics and has a Play by the Rules Certificate.

Renee’s passion for fitness, health and wellbeing is evident in the way she coaches the swimmers, showing knowledge, skill and care. The swimmers have great respect for Renee and love her sessions. 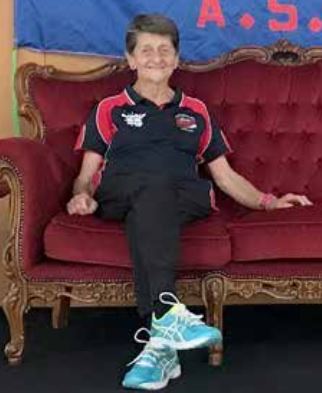 Mention ‘swimming’ in the Swan Hill community, and you will most likely hear the name ‘Shirley Swan’.  Shirley was one of the founders of our swimming club in 1978 and is still very much involved in the club with a special love for coaching the swimmers.

While all swimmers have great respect for Shirley, she has a particular affinity with the younger swimmers helping them to develop their stroke techniques and foster their love of swimming.

Shirley has been a coach at the club since 1978 and holds a Silver Accreditation with Australia’s Swimming Coaching and Teaching Association. Scott was a competitive swimmer as a child and spent some time away from the pool until his daughters commenced in 2009, reigniting his love for swimming.

Scott is a District Technical Official which involves attending swim meets to ensure all swimmers are completing each stroke correctly. A bonus to our swimmers when Scott is assisting in the coaching role is his ability to coach them in corrections needed confidently.

Scott has a Bronze Accreditation through the Australian Swimming Coaching and Teachers Association.

Scott is an avid supporter of children swimming, the benefits he gained as a child from swimming he is now seeing in his own children and also the children he has coached over the years. He believes that kids who swim learn a skill for life that isn’t only great for fitness in the future but also their mental health and ability to concentrate.